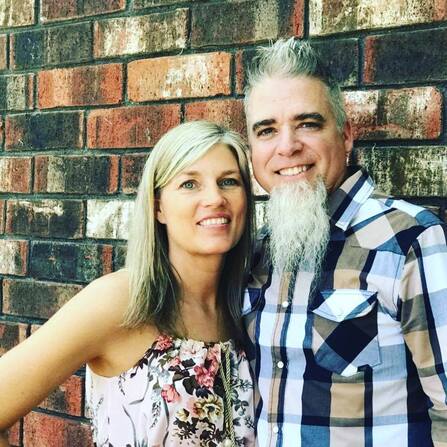 Mike grew up at Cal Farley's Boys Ranch near Amarillo, Texas, where he surrendered his life to Jesus after going on a mission trip. He has been serving in full-time ministry since 1995.  He earned his bachelor's degree from the University of Central Oklahoma with a degree in elementary education.  He received his Masters in Christian Education from Southwestern Theological Seminary in 2003.  He has served in churches in Oklahoma and Kansas.

Mike grew a heart for the gospel when he was 16, and his pastor gave him many opportunities to practice and express his gifts. Because of this discipleship, he has a heart for un-earthing the gifts in people with a desire to help them make disciples. He has a desire to see people move beyond the walls of the church to be the church and start new mission points.
He sensed a call to plant a church around 2013, but let the call sit dormant in his life until the summer of 2017 when God called him to continue the philosophy of discipleship he had led for 14 years with kids and students, but now to adults as well.

Mike resides in Sapulpa, Oklahoma with his wife, Sarah, and their six children: Hannah, Noah, Grace, Elijah, Judah, and Mercy. Sarah grew up in Mounds, Oklahoma and serves alongside Mike in various capacities within Church Inside Out and Mobile Missions Network, a non-profit ministry aiming to take the church to the people, especially mobile home communities. They have been married since 1996.